About us
Resources
Events
Ministries
Give
Hello. Your user experience on our site might be different because you are on Internet Explorer, switch to Chrome or Safari for a better experience.
June 29, 2022
·
Encounter 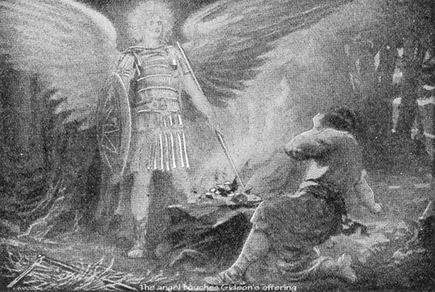 In good times or even in bad, the Lord is working to grow our faith – not destroy it. Will we cling to him in the middle of what we are experiencing? Will we be willing to act as the catalyst for what God is planning?

As I read through the bible in a year, I land on the prophets – currently Isaiah, and so for a while I read about a lot more tough times than good times. I know Jeremiah is waiting in the wings! Also, I am preaching from the book of Esther – a holocaust in the making – and it has set me to thinking about Encounters with God. It brought to mind one of my favorite bible characters – Gideon in Judges 6ff – take a few moments and read it. What a divine encounter he had! He lived in a terrible time – yet again another era of Israel reaping the fruit of sins they had sown for a long time. All that Gideon had known was stories of God’s intervention in the past, but certainly not in his own experience! It was as he hid from the Midianite hordes that God chose to encounter him with a calling. There are a couple of things that stand out to me here knowing that the Lord is the same yesterday, today and forever.

I see that the Lord came to Gideon as he was hiding and spoke power into him. Gideon wasn’t seeking God – God was seeking Gideon and was gracious to him as Gideon poured out his complaints to God. A very weak vessel indeed, but the Lord promised to be with him. God is a communicator and will speak to us in a way we can hear him when the time is right. I don’t worry about missing the Lords leading – He can speak softly or loudly as the case requires!

I also love that God accommodated Himself to the level of Gideon’s faith – through consuming the food offering, to the famous ‘fleece’ trials. All of this was designed to grow Gideon’s faith to undertake the great deliverance that God was planning. In good times or even in bad, the Lord is working to grow our faith – not destroy it. Will we cling to him in the middle of what we are experiencing? Will we be willing to act as the catalyst for what God is planning?

A few thoughts for you to ponder. Maybe the most significant encounters with God come when we are desperate. Perhaps the Lord communicates most clearly when he wants to use us as the catalyst to mend a bad situation. Even if a ‘fleece’ may not be the most mature way to test the Lord, it is totally appropriate to seek confirmation for what we sense he is saying.

Bless the God of Gideon – your God and mine! He is gracious, a communicator – he empowers us and accompanies us as we involve ourselves in his great Kingdom work!

“The Lord is with you, mighty warrior…Go in the strength you have and save Israel out of Midian’s hand. Am I not sending you?” Judges 6:12, 14