About us
Resources
Events
Ministries
Give
Hello. Your user experience on our site might be different because you are on Internet Explorer, switch to Chrome or Safari for a better experience.
June 15, 2022
·
Encounter 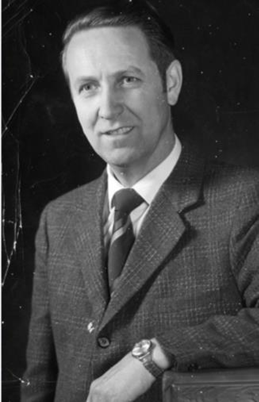 This Sunday is Father’s Day – a time when we can thank and encourage Christian men. So let me take a few lines today to address the men among us from the challenge of my father Harald Throness.

This Sunday is Father’s Day – a time when we can thank and encourage Christian men. So let me take a few lines today to address the men among us from the challenge of my father Harald Throness.

Dad was a pastor for over 40 years, and I had the rare privilege of pastoring with him for a two year period near the end of his full time pastoring. We travelled together and talked a lot about pastoring and the Christian life. I asked him one day what he had learned in the previous five years, and as I look at my notes, I see that he was the same age then as I am today. So let’s take a moment and ‘listen’ to him about spiritual reality and spiritual freshness.

1. Church problems are not always the fault of the congregation. Pastors don’t handle situations well when they don’t have the body of Christ in mind.

2. He appreciated those who hung in there during tough times in a church. Lack of commitment from people was his greatest frustration. We don’t handle ‘valley’ times well, and God has a special reward for those who hang in there.

3. The struggles adapting to societal change. What is principle – what is method only?

4. The problem of differing views of what we want in worship. We need to learn to bear with one another – to seek unity rather than division.

5. Denominational uniqueness’s have lost identity. We are all mixed up and don’t stand strongly for anything any more. We emphasize freedom to do as we wish which means a loss of loyalty needed to build the local church.

6. High expectations and high mistrust of leaders. Media has capitalized on mistrust. Church leaders must be accessible to the people, and church laity must be careful of lack of respect of eldership.

7. The problem of self-centredness – we want to feel good. How we need to come back to biblical principles – to crucify the flesh (he said that long time Christians aren’t applying what they know in this area). We need a church revolution where we die to self and yield to the will and plan of God.

Is there anything in dad’s thoughts that resonates with your spirit today? Anything the Holy Spirit would say to you? How we need godly men – and women – in these days of confusion and uncertainty.

“The world needs men who cannot be bought

Whose word is their bond

Who put character above wealth

Who are larger than their vocation

Who do not hesitate to take chances

Who will not lose their identity in a crowd

Who will be honest in small things as in great things

Who make no compromise with wrong

Whose ambitions are not conformed to their own selfish desires

Who are not ashamed to stand for truth when it is unpopular. Who can say no with emphasis although the world says ‘yes.”