About us
Resources
Events
Ministries
Give
Hello. Your user experience on our site might be different because you are on Internet Explorer, switch to Chrome or Safari for a better experience.
September 14, 2022
·
Encounter

No good Jew, let alone a rabbi, would be caught dead here, yet Jesus brought his disciples here and asked – ‘who do you say that I am?’ 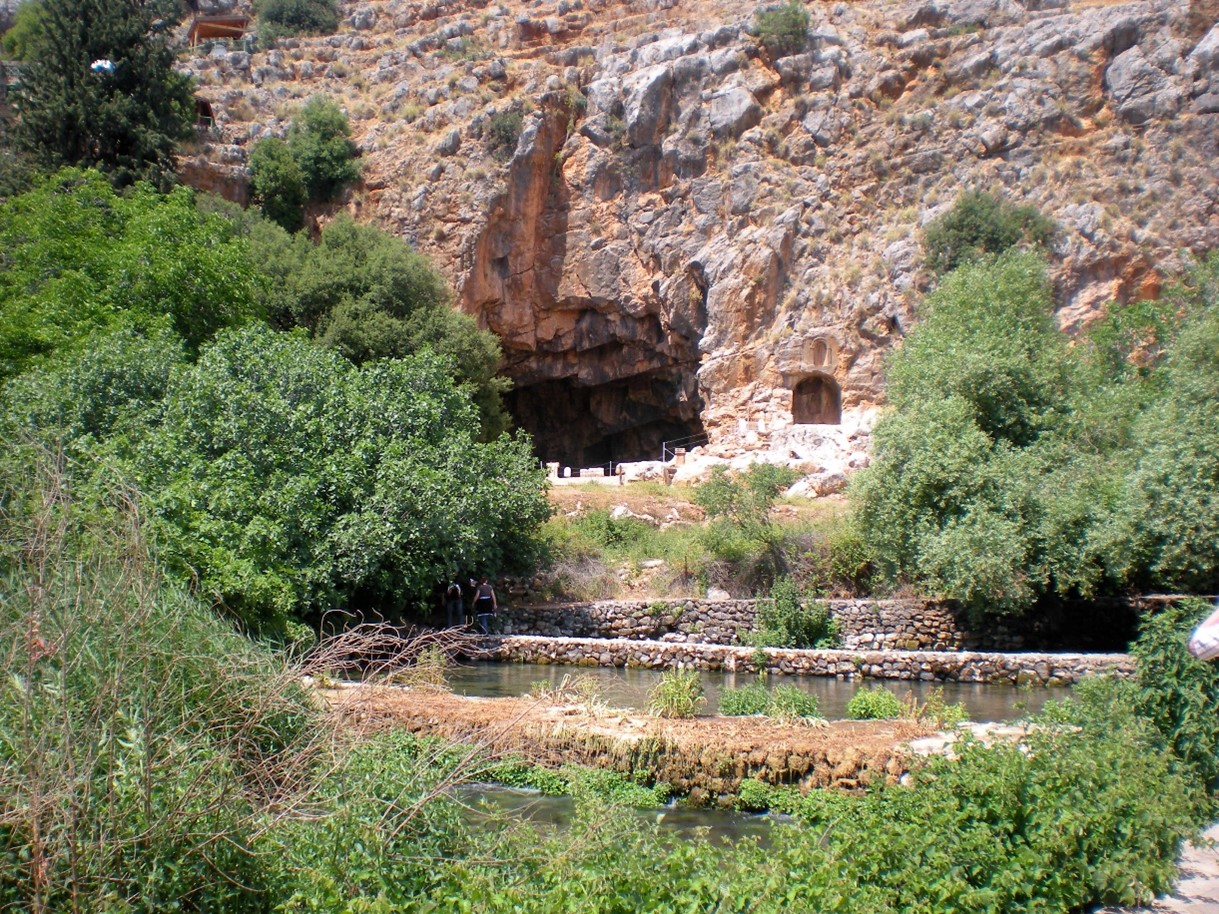 “And I tell you that you are Peter, and on this rock I will build my church, and the gates of Hades will not overcome it.” Matthew 16:18

“And I tell you that you are Peter, and on this rock I will build my church, and the gates of Hades will not overcome it.” Matthew 16:18

As we think about Jesus’ Encounters with Peter through September, I am drawn back to this photo I took of the place where Jesus made this statement. Today it is called Banias – in Jesus’ day Caesarea Philippi. This place is where the Jordan river begins – it is lush and wet. Until an earthquake in the 1800’s, this huge cave was one of the main sources for the Jordan, called ‘the gates of Hades.’ Atone time there were temples here and people were sacrificed in the cave. This was a centre of paganism in Israel in Jesus’ day, the main god being Pan (half man/half goat) whose filling was marked by sexual climax. A Greek inscription has been found here which says: “Pan and his nymphs haunt this place.”

No good Jew, let alone a rabbi, would be caught dead here, yet Jesus brought his disciples here and asked – ‘who do you say that I am?’

In the breathless moment following this question, Peter stated: “You are the Christ, the Son of the living God.” What an encounter! Even though he would stumble many times, Peter had this down pat in light of the religious smorgasbord taking place all around him! Jesus gives him a new name = ‘petros’, meaning ‘a stone’ and He equates this new name with the massive stone mass –‘petra’ – that the Church will be founded upon. The little stone – petros – will point to the massive stone – petra. And in so doing, the gates of Hades – Hell – will not prevail.

Satan the destroyer is alive and well on planet earth – we see evidence of his ways all around us. What can stand against him? Very simple. It is as the disciples of Jesus Christ are convinced that he is the living Lord of all – and live like it – that the church rather than the gates of hades will prevail. Who is Jesus Christ to you? One offering in a smorgasbord of choices – or Son of the Living God?

Peter never forgot this and said in his first letter: “As you come to him, the living Stone – rejected by men but chosen by God and precious to him – you also, like living stones, are being built into a spiritual house to be a holy priesthood, offering spiritual sacrifices acceptable to God through Jesus Christ” (2:4,5)

What a great time we had with Rev. Dave Hearn – he is excited about the Christian life! I did a great podcast with him, and this will be released next Monday the 19th. Just go on our website, click ‘resources’, then ‘podcasts’,and have a listen. Here are the resources he mentions in that interview:

-Dick Brogdan  “Live dead” – note that pastor Holly has a few copies of this book. Contact her at holly@mycac.ca.